Kudankulam, its was times when the name was in headlines everyday. And yet again it has become a headline once more. Why ?

Energy has been one of the major problems faced not only by India, but by almost every country in the world. Steam turns turbines and turbines generate electricity. This Faraday’s Law is what drives our every day modern world. But how do we produce steam that could turn a turbine ? And that’s where secondary school science comes in. For many years, we have been producing steam from heat produced from burning coal. But the result ? Global Warming. Like we care. The main reason why coal is not the solution is because its in limited quantity. As all the fossil fuels burn out, there needs to be an alternate solution. 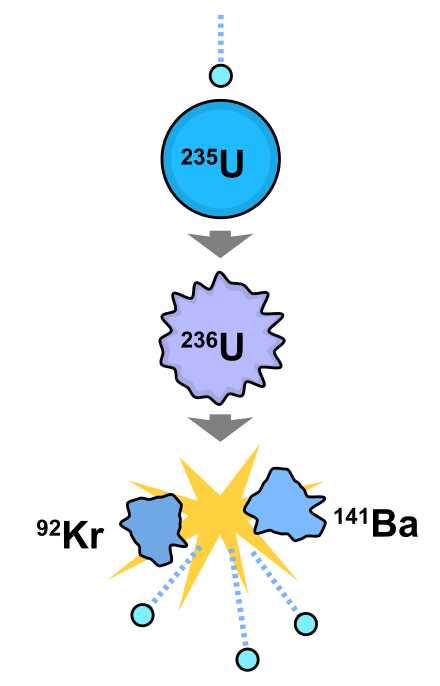 Then what is the solution ? The answer for that question as of now is NUCLEAR FISSION. The energy produced when a heavy atom (Ur) splits up to form to smaller atoms and along with that ENERGY. Lots and lots of energy. The energy is so high, that a Kg of Uranium produces 30,000,000 times more heat energy than a Kg of coal. That’s how high it is.

Then this solves the problem right ? No. Along with energy, fission produces neutrons or in other words what we call as Radiation. And that radiation is deadly. A minute exposure to an open nuclear fuel without any protection can be deadly. But there are ways to stop the radiation. 10 feet of water is what that is required to protect you from radiation from that of an open reactor. In a typical nuclear power plant, there is water, there is concrete, there is lead. This all minimises the radiation to a level that is so low, a nuclear reactor produces radiation that is lower than the amount of radiation that we receive from the sun every day.

Great, but here is the problem. Mistakes happen. What happens during a worst case scenario ? Chernobyl was meant to be safe right ? But a mistake killed hundreds or maybe thousands in form of cancer. What happens if there is an accident ? There is no answer. Everything is meant to be perfectly safe. But mistakes happen. But in this case it is more deadly than any other mistakes.

There is an even bigger problem. Nuclear waste. The spent fuel from the nuclear reactor stays radio-active for hundreds of years. These waste products are stored in containment chambers. There is no clear way of how to discard these nuclear waste even in developed countries like US. Yes, the containment chamber produce less radiation than what we receive from the sun everyday. But as i said before, accidents happen. And when it does, what is the solution ?

So, is nuclear energy not an option ? Yes, its is not the way forward. But until better energy solutions are developed, Nuclear energy might be our only option.