By: arul2810_mf5yjm
In: Life With Technology
Tagged: galaxy fold, ipad
With: 0 Comments

Samsung fold is “foldable” smartphone which when folded can be used as a 4.7″ smartphone. Unfold it you get a 7.3 inch infinite display. It’s not a beautiful smartphone by any means. And it’s not cheaper. It starts at $2000.

So, the question arises. Why do we need foldable smartphones. Smartphones or tablets. All these devices are trying to take the place of a laptop. They all try to answer a single question. “How do we replace a laptop with a device that you can carry with you always ?” 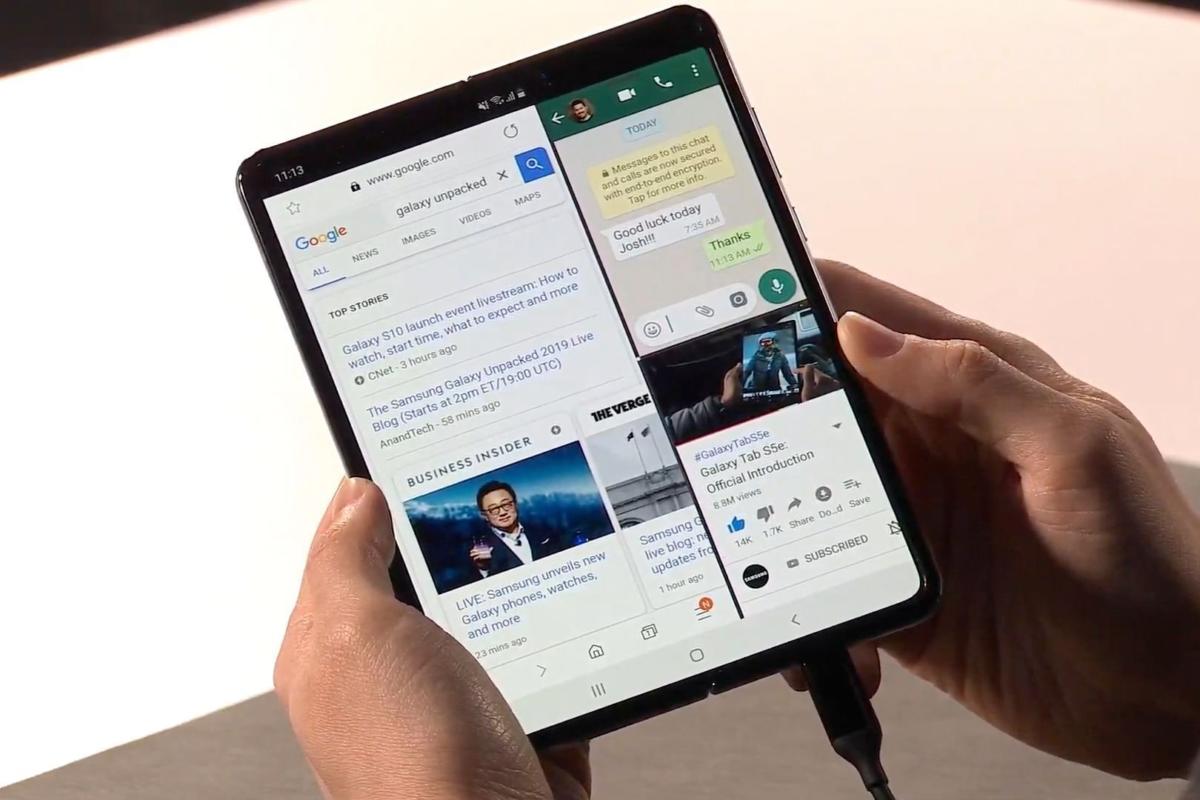 From the era of beginning of the smartphones, it is trying to answer this question. And yes, smartphones are getting more powerful and they can do most of the tasks for which one may need a laptop. Like for example, Word editing.

But there is a problem. Size. Smartphone screens are too small to do many tasks. That’s where tablet comes in. Tablet try to replace the same laptop. They have bigger screens. Bigger screens mean they have more space to do multiple tasks. Even watching a video is better on a tablet than a laptop. Increase in size means more power and battery life. Tablets are getting more and more powerful that they may replace a laptop someday.

But a major problem still exists. A laptop still cannot do all the tasks as a PC. Powerful video editing or gaming ? Not all laptops can do it. Those that can aren’t exactly portable (They are bulky). As size decreases, power that the device has decreases. As a result, you may still need a PC even though you have a laptop depending on the tasks. Efficiency need to be improved. The processing power of the device and portability should not be affected. And that’s what tech companies are trying to do.

Until then, devices like Galaxy Fold aren’t worth the price even though they look fancier.