But how is exactly unplanned growth causing all these problems ? Here are my views about  it. Add your views to the comment to make the post further interesting.

It has been a bad year for the state. the hottest summer i have ever seen made even worse by the increase in water problems in the state, thanks to the far less than normal rains the previous year.

Even the state of Kerala which has water all through out the year has seen water scarcity this year. “First time i have seen the state without water this much” claims a 60 year old lady whom i met during the recent travel to the state.So it is not a isolated event. It is a major problem in the country. 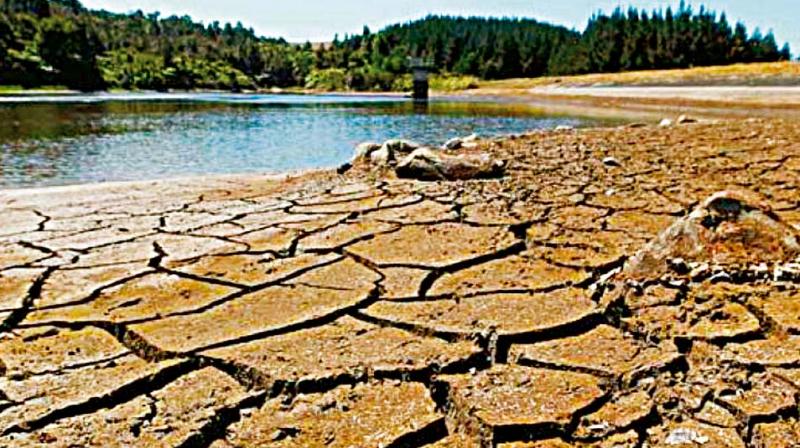 But how is all caused ?? Chaos theory ?? Or more famously known as the butterfly effect ?? I feel the same too !! As per the effect, even the small action of flapping of the wings of butterfly has a greater effect in the future. More scientifically “In chaos theory, the butterfly effect is the sensitive dependence on initial conditions in which a small change in one state of a deterministic nonlinear system can result in large differences in a later state.”

Is “Unplanned growth” somehow have a relation with all the troubles we face now ??

Let us consider the simple example of lakes and small lakes in every rural places in Tamil Nadu. They have been a source of water for agriculture for years. But now? well i haven’t seen a lake with water in years. Most of the trees around the lakes have been cut down and the land has been used for housing or the land has been used for agriculture.

People don’t mind the state of the lake or lake mostly. they now rely on powerful motor pumps to get  water for their agricultural needs. Technology they say. But they don’t understand that these trees are those ones that cause the motion of air and in turn causes rain the region.

And these lands that has been in-habited, is how rain water actually flows into the lakes. with the natural flow of water being blocked, the water gets stagnated around the houses in case of heavy rain. But in most cases most of the water either gets evaporated eventually.

But thanks to the government, government has started to plant trees around the lakes , and canals around the villages and towns to route the rain water to lakes.

This is one such case of how un-planned growth in a region can cause trouble. Add your views to the post.